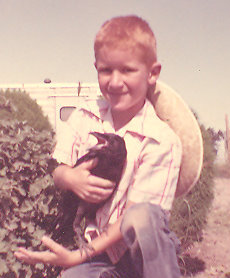 Ethnicity Estimate for alan greenwood
REGION APPROXIMATE AMOUNT
Africa 0%
America 0%
Asia 0%
Europe 100%
Ireland 30%
Great Britain 28%
Scandinavia 22%
Italy/Greece 9%
Europe West 6%
Trace Regions
What are “Trace Regions”?
These are regions where you seem to have just a trace amount of genetic ethnicity — there is only a small amount of evidence supporting the regions as part of your genetic ethnicity. Because both the estimated amount and the range of the estimate are small, it is possible that these regions appear by chance and are not actually part of your genetic ethnicity
5%
Iberian Peninsula 4%
Europe East < 1%
The History of “The Jack of All Trades…The Master of None”

Sometimes you send a message

and it travels along as if passed
to an intention-ed recipient by a
code,
Or it reaches a synapses in the
transport system; sits stagnant in
some back mail room, or stuck
among a server’s bits and bytes.
How difficult it seems to vocalize
the sounds. Write, or tap the keys
that will reveal our true intent.
Easier to harvest dust from Mars,
or clone a replica of a Scottish
sheep,
than weld true communication
between two human minds.
alan wayne greenwood

The Mercury dime is a ten-cent coin struck by the United States Mint from 1916 to 1945. Designed by Adolph Weinman and also referred to as the Winged Liberty Head dime, it gained its common name as the obverse depiction of a young Liberty, identifiable by her winged Phrygian cap, was confused with the Roman god Mercury. Weinman is believed to have used Elsie Stevens, the wife of lawyer and poet Wallace Stevens, as a model. The coin’s reverse depicts a fasces, symbolizing unity and strength, and an olive branch, signifying peace. (Wikipedia)
———————————————————————————————————————————-
Little tidbits like this is what I love to come across. Interesting items about how interlaced all our lives are and how much I learn from reading books: both fiction and non-fiction. As a poet, I like to read autobiographies and biographies of poets. Upon reading the latest on Wallace Stevens I stumbled upon this jewel—for me anyway.

Stevens will be remembered as one of our greatest American poets. It’s interesting to read about his interactions with other poets of what amounts to (now) as an era over a hundred years ago. He, like many poets, could not make a living from this passion, so his main contribution to his finances was through his work as a lawyer and businessman—mainly for various insurance companies.

I’m still in this book after finishing another study, The Marginal Jew, about the historical Jesus Christ. I’ve read several books in this genre and they’re always a challenge, because literary and historical research in the theological area seems to attract some very intelligent, high brow characters. My next fictional book is one I’m anxious to enter. I’ve been hearing lots of good things about it. It’s called Lincoln in the Bardo by George Sanders. Up until now, he’s been known and respected for his highly acclaimed short stories. 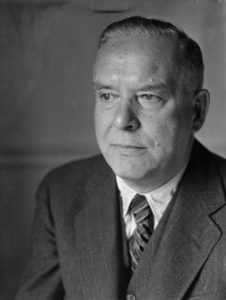